Catalog Sync is used to check that the metadata indexed by the catalog is up to date, and ensure that items in specific folders are included in the catalog.

Some examples of when you may want to perform a Catalog Sync:

Once the Sync has begun: 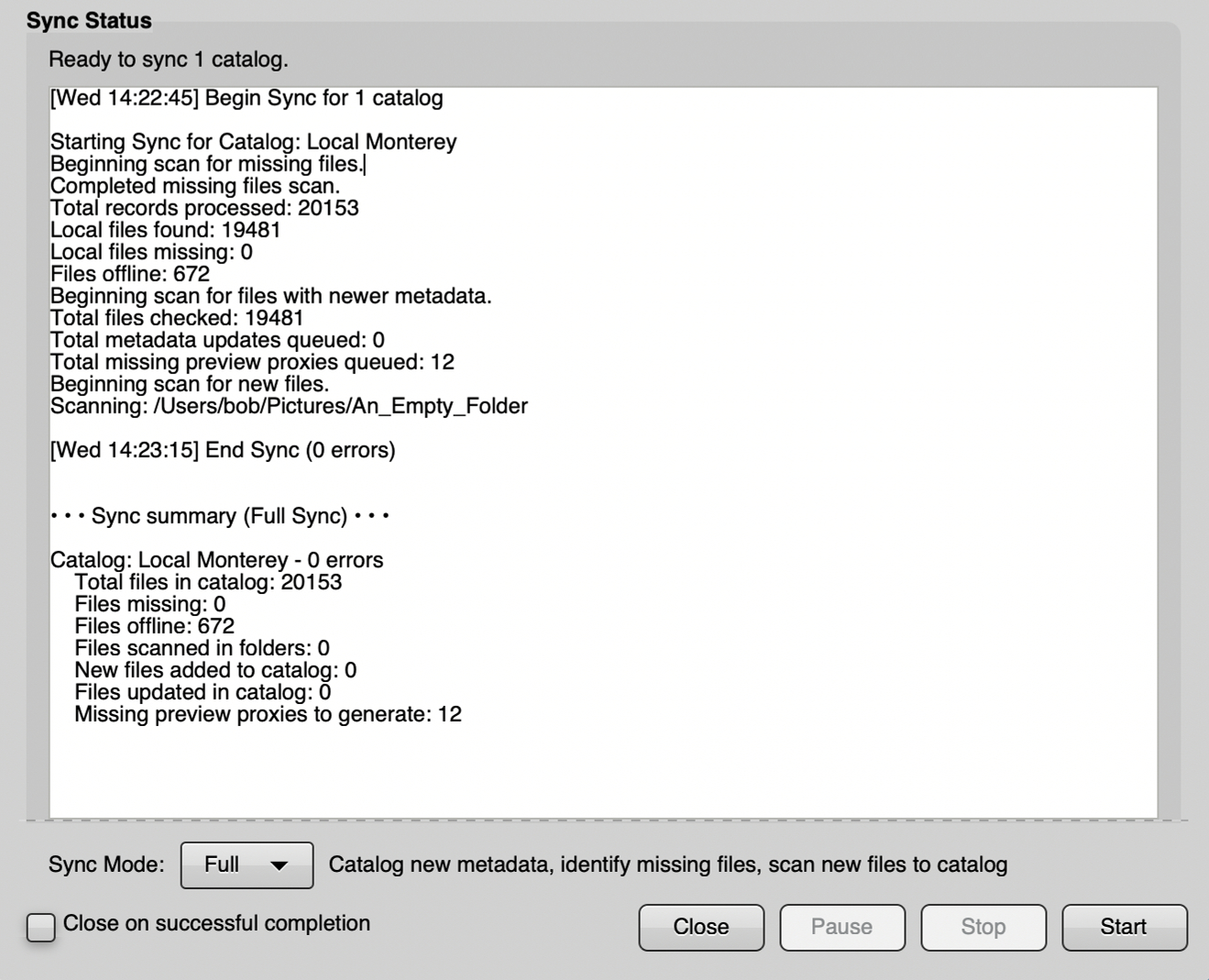